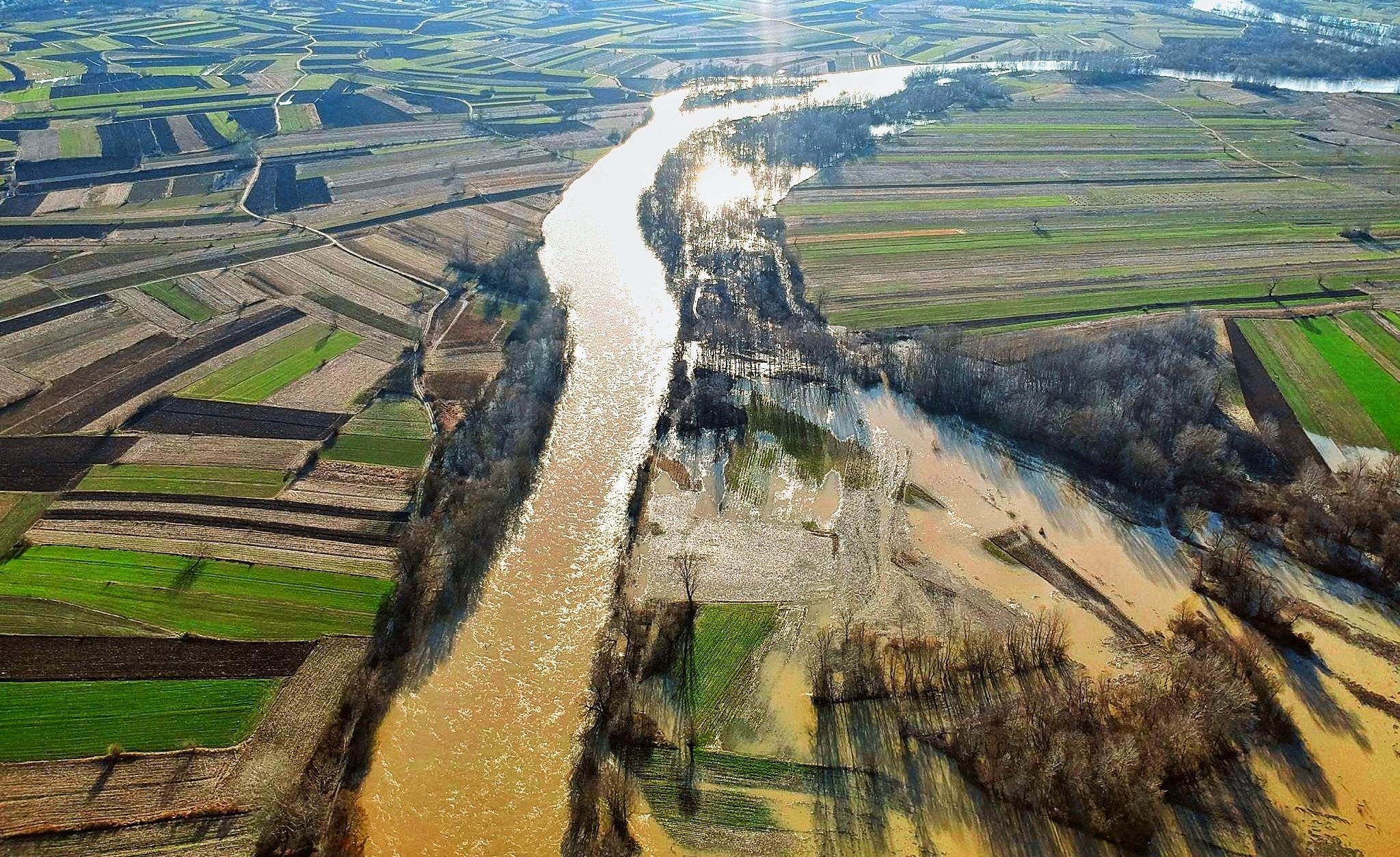 SOILS FOR FUTURE UNDER GLOBAL CHALLENGES

3rd International and 15th National Congress of Serbian Society of Soil Science and Faculty of Agriculture, University of Belgrade (Serbia) 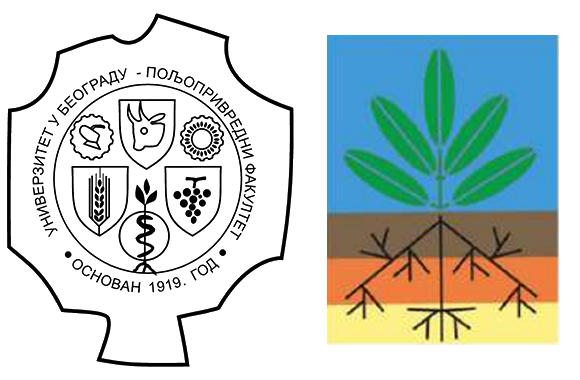 Dear members of international and national scientific community and other respectful colleagues,

The forthcoming III International and XV National Congress of the Serbian Society of Soil Science is going to be organized to gather scientists from different countries, in order to represent their scientific achievements and to discuss the soil issues. Soils produce our food and raw materials, clean our drinking water, reduce flood risks and store huge amounts of carbon. It is an essential medium of the Planet Earth. Yet our soils are being degraded due to mismanagement, overexploitation, climate change and pollution. The aim of the Congress is to give a look to the protection and sustainable use of soil resources in the current conditions and under future challenges. It is important and vital to preserve soil fertility, protect the soils from deterioration and increase soil productivity. These issues are going to be discussed in the four following sections: soil fundamentals, soil-water-plant-atmosphere continuum, soil degradation and soil and water conservation, and soil future socio-economic pathways.

The congress will give the possibility of new acquaintances and friendships, which will boost the formation of new ideas, and enhance overall scientific and technical progress.

We invite all interested parties and soil-related issues stakeholders to be part of the Congress and take an active role on it.

The program of the congress is organized to give the possibility to relax, amuse and become acquainted with the cultural, historical and natural sights of the Sokobanja spa town and eastern Serbia.

You are kindly invited to provide the information about this Congress also to other colleagues in your country and abroad.

President of the Serbian Society of Soil Science

President of the Organizational Committee

Papers on other relevant topics are welcome too.

THE CONCEPT OF THE CONGRESS

The event will be held both in-person and on-line. The official language of the Congress is English. Translation and interpreting services will not be available.

Please arrive at the congress room at least 30 minutes before your session begins. There may be changes to the conference program, for which participants will be notified in a timely manner.

There is free Wi-Fi in the conference room. The event will be photographed, audio and video recorded. The distribution of advertising messages in any form is strictly prohibited, except for sponsors.

In the conditions of pandemic, the organizers and hosts will strictly follow the Governmental decision of how to act in the current situation.

TYPES OF PARTICIPATIONS AND GENERAL INFORMATION

Oral presenters have 10 minutes to present their work and additional time for questions and answers. Presentations must be prepared in PowerPoint (PPT, PPTX) or PDF format. Other formats are not supported. The playback of audio and video files is not allowed.

The conference room is equipped with overhead multimedia projector, large screen, lectern, laptop running Windows 10 (with PowerPoint and Acrobat Reader installed), wireless microphones for both the presenter and those willing to ask questions, wireless remote for slides control with integrated timer and laser pointer. Presenters are not allowed to use their own equipment. A technician will assist you with starting your presentation.

Presentations must be submitted in advance using our online submission form. Please bring a copy of your presentation to the conference on a USB memory stick as a backup.

Your poster must be 70 cm in width and 100 cm in height. Authors should send their posters in pdf format.

The posters will be presented using projector screens. Submission form is available at official website of the Congress.

Online presentations are suitable for those unable to attend the conference in person. You can have either online oral presentation or online poster presentation. Online participants will receive all conference materials (program, certificate, etc.) by email. There are no differences in the process of reviewing and publishing articles.

Oral Presentation will be held like through a live audio-video connection via the free ZOOM application. You would need to share your screen and open your PowerPoint presentation. Questions to the presentation can be proposed via the in-meeting chat. The session moderator would then choose which of them would be asked after the presentation is over.

In case there are any time zone differences, poor internet connectivity, or there is another reason you are unable to present your report at the specified time, you can send us a pre-recorded video with sound or a PowerPoint slideshow with narration.

You can send your posters in PDF or PowerPoint by email, and we will print and hang them. Please do not forget to include contact information in case another participant wishes to contact you.

All abstracts will be published in the Book of Abstracts with an ISBN.

The full papers will be included into the Congress Proceedings with an ISBN.

Sending a paper for publication is optional. All the authors are encouraged to publish their paper in the journal of Serbian Society of Soil Science ”Soil and Plant”.Each paper is peer-reviewed by anonymous, independent reviewers.

The official language is English.

Payment
We accept bank transfers. All bank charges and commissions are paid by the participants. In order to receive proforma/invoice on behalf of a company or organization you must contact the organizers. If the bank transfer is ordered by a physical (natural) person, it is not possible an invoice to a company or organization to be issued afterwards.

All expenses of money transfer are paid by payers. Please use the option “OUR” for bank charges, otherwise the organizer will not receive the full amount. Each participant should pay registration fee.

Please, after paying the registration fee, scan proof of payment and send it to an organizers e-mail: ljubaz@agrif.bg.ac.rs

Serbia, officialy the Republic of Serbia a landlocked country situated at the crossroads of Central and Southeast Europe in the southern Pannonian Plain and the central Balkans. It borders Hungary to the north, Romania to the northeast, Bulgaria to the southeast, North Macedonia to the south, Croatia and Bosnia and Herzegovina to the west, and Montenegro to the southwest and with Albania to the south. Serbia is the country with rich history.

Serbia's population numbers approximately seven million. Its capital, Belgrade, ranks among the largest and oldest citiеs in southeastern Europe. The Pannonian Plain covers the northern third of the country (Vojvodina and Mačva) while the easternmost tip of Serbia extends into the Wallachian Plain. The terrain of the central part of the country, with the region of Šumadija at its heart, consists chiefly of hills traversed by rivers. Mountains dominate the southern third of Serbia at the territory of Stari Vlah, Raska, and above Kosovo-Metohija plains. Dinaric Alps stretch in the west and the southwest, following the flow of the rivers Drina and Ibar. The Carpathian Mountains and Balkan Mountains stretch in a north–south direction in eastern Serbia.

Sokobanja is one of the most popular tourist resorts in Serbia. It is known by the expression: ''Sokobanja, Sokograd, dođes star, odeš mlad'' (Soko, eng. Falcon, ''Falcon spa, Falcon town, come as old, go out as gold''). It is situated in the southern part of Sokobanja valley, surrounded by mountains Ozren, Devica, Rtanj, and Bukovik. The Moravica River runs through Sokobanja. It creates a canyon just 2 km before entering the town. Remains of the Roman and later medieval Serbian fortress Sokograd stand above the canyon of Moravica.

In the most beautiful part of Sokobanja, on the banks of river Moravica and surrounded by greenery and beautiful landscapes, Hotel Sunce has spread its arms in the desire to provide you with the unforgetable moments of total rest and relaxation. During your stay you can enjoy in modernly equipped and comfortable accommodation units, rich offer of wellness and spa center which spreads over 1300 m² with two indoor and one outdoor pool, a large number of sauna, steam bath, tepiderium, hydromassage bathtub, massage rooms, salt room and other water attractions.Next to the hotel is walking paths and since Sokobanja is widely known for its good air quality, our guests get a great opportunity to rejuvenate as they enjoy beautiful views of the surroundings. Many used to recover their body and spirit here, and the most famous among them are certainly Branislav Nušić and Ivo Andrić, Nobel Prize Winner.

The conferences will be held in Hotel Sunce, located in the most beautiful part of Sokobanja, on the banks of river Moravica and surrounded by greenery and beautiful landscapes (show on the map).

We provided special prices for our guests of Hotel Sunce. In order to get preferential prices  for accommodation in the  Hotel Sunce follow the link in the table below, select the period from 21-24.09.2021. and in the field PROMO CODE, type „suncekongres“.

A list of more accomodations located nearby the conference venue, can be found below.

We are Committed to Protect and Enhance Soil and Water Resources